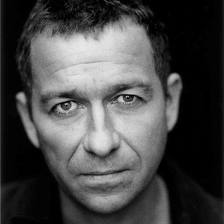 Sean Pertwee is an English actor who voiced Governor Meyloch Severus in the video game Warhammer 40,000: Fire Warrior, and Brother Proteus in Ultramarines - A Warhammer 40,000 Movie.

The son of Jon Pertwee, one of the earliest and longest-running actors to play the title character of Doctor Who, Sean appeared in the first season of the television series Cadfael as Sheriff Hugh Beringar, and also in several movies by Neil Marshall, including Dog Soldiers and Doomsday. His recent television roles include Inspector Gareth Lestrade on Elementary and Alfred Pennyworth on Gotham.