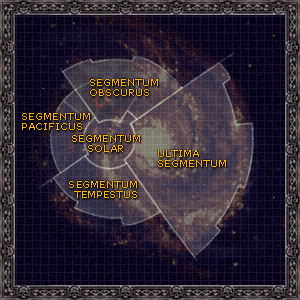 The space ruled by the Imperium is divided into five fleet zones known as the Segmentae Majoris.[2] The galaxy is such a vast place that it would be unmanageable without this system.

Although intended for purposes of fleet administration and shipping controls, the Segmentae have evolved into administrative divisions of the Adeptus Terra.[1]

The Segmentae Majoris and their fortresses are: