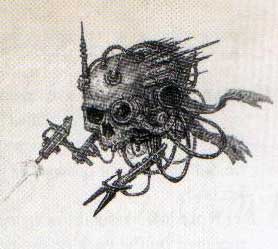 Gheistskulls are made from the skulls of deceased Imperial Navy Breachers and carry compact explosives. They accompany Breacher teams, during boarding attacks.[11]

Shroud-Skulls are specialized Servo-skulls that are equipped with auspex dampers, vox-stummers and electroshrouding incense. Small flocks are used by Phobos Strike Teams to surround an encampment, before the Shroud-Skulls use their equipment to conceal it from inquisitive foes.[10] 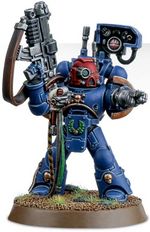