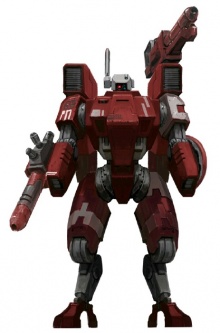 Sha'vastos is a Tau Commander and skilled Tau Battlesuit pilot and a member of The Eight, Farsight's elite honor guard.[1]

The first Tau to be fitted with a Puretide Neurochip, Sha'vastos was saved from his subsequent lobotomy by the intervention of Commander Farsight. His prototype neurochip suffered rapid degeneration after the battle, however, so Farsight had him spirited away in a stasis pod until he could find a cure. Many decades later, O'Vesa was able to recalibrate the neurochip and reawaken the old warrior.[1]