The Silver Templars, known also as the Swords of Novaris[4d] are an Ultramarines Successor Chapter.[1] 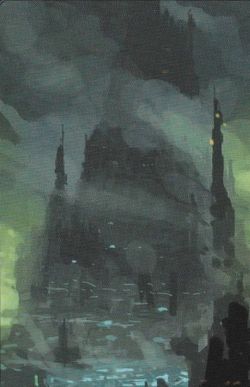 They are noted as being amongst the first Primaris Chapters created during the Ultima Founding[3a]. While most Successor Chapters of the Ultramarines are well-disciplined tacticians, the Silver Templars are famed for their audacity, daring and being incredibly skilled duelists.[1]

The Silver Templars have gained a reputation as cold and utterly focused warriors who display little emotion. They are expert duelists, preferring to select a single target and focus their attention on eliminating chosen opponents before selecting a fresh target. Silver Templars strategy often revolves around carving a path to enemy leaders, so that their most powerful warriors can engage the foe in a duel of death. They are also accomplished weaponsmiths, often crafting their own weapons and establishing a link with its Machine Spirit known as the Bond Martial. Once this bond is established, a Silver Templar will devote himself to mastering the weapon's use. Losing a bonded weapon is a mark of shame in the Chapter and they will go to great lengths to reclaim any lost item.[4d] 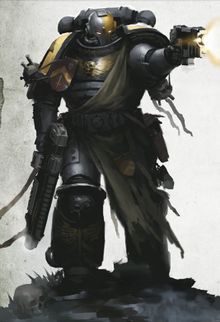