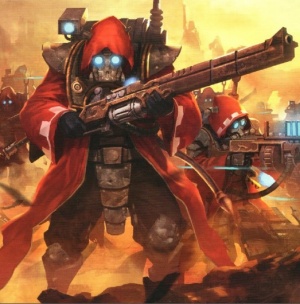 Their weapon of choice are Galvanic Rifles, though others may be armed with Arc Rifles, Transuranic Arquebuses, or Plasma Calivers. A Skitarii Rangers team is led by an Alpha, normally equipped with Radium Pistol or Arc Pistol as well as a Power Sword, Taser Goad, or Arc Maul.[1] 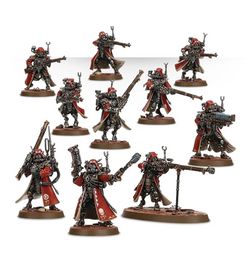