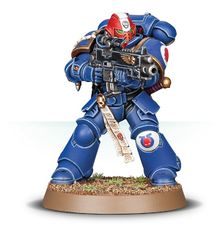 Most Sergeants take to the field with different weapons from their squad mates. As a status symbol they often wield close combat weapons, especially Chainswords or Power Swords.[Needs Citation]

Scout Sergeants both teach and lead squads of Space Marine Scouts. By passing on their skills and experience to future battle-brothers they are arguably among the most influential members of a Chapter.[2] In addition to teaching their charges how to fight and operate in the field, they are also responsible for keeping discipline and monitoring the Scouts' psychological and biological conditioning in the field (where they may be operating away from Chaplains and Apothecaries).[3] 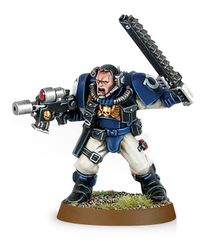 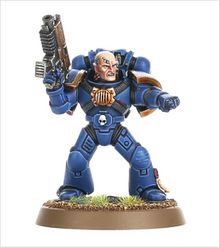 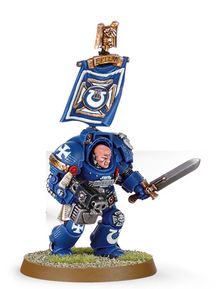