The Prophets of Flesh 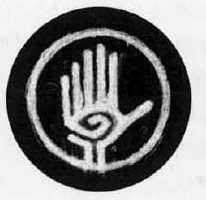 The seal of the Prophets of Flesh.[1b]

The Prophets of Flesh are one of the most powerful Dark Eldar Haemonculi Covens of Commorragh. Under the command of the ancient Haemonculus Urien Rakarth, the Coven has demonstrated special interest in converting non-Dark Eldar aliens such as Tau into hideous Grotesques. They are allies of the Supreme Overlord of Commorragh, Asdrubael Vect, and the Prophets of Flesh have fought alongside the Kabal of the Black Heart in devastating joint real-space raids.[1a]

Upon induction into the Coven, each Wrack’s limbs will be extensively branded, tattooed or altered according to his new master’s whim. Should he impress his superiors with especially inventive acts of sadism, the Wrack will have one of his marked appendages cut off and replaced with a bare limb taken from the Prophets’ flesh libraries. Those favored few who make it to the lesser ranks of the Haemonculi will be entirely free of blemish. Though they become convinced of their own purity, the opposite is true, for in climbing the heights of status, the aspirant will have stained his soul. Many of the Prophets of Flesh dabble in soothsaying, despite the prohibition of psychic activity that pervades Commorragh. They seek to learn the truths of the universe not through the shaman’s technique of reading entrails, but by interpreting the effects of the atrocities they wreak.[2] 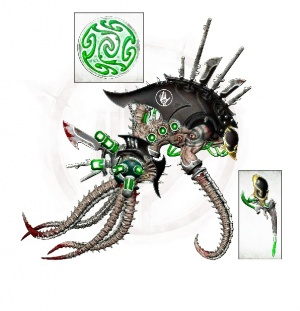