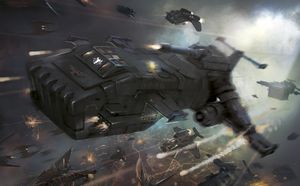 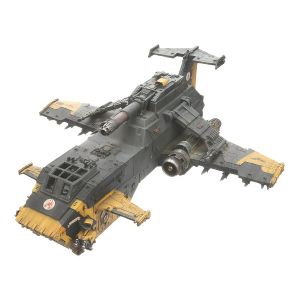 Armour for the Thunderhawk is constructed in a similar manner to that of a Land Raider, giving it an unprecedented level of protection. An adamantium inner hull is layered on top by titanium rolled plates, followed by a thermoplas fibre mesh, and then two layers of ceramite, the second of which is ablative. The ceramite and thermplas fibre layers are increased in depth to provide the craft with additional protection in order to perform repeated atmospheric entries, making them thicker than those on a Land Raider, at the expensive of thinning the titanium and adamantium layers. These armour layers makes the Thunderhawk very well-protected and particularly resistant to Melta Weapons.[1a] 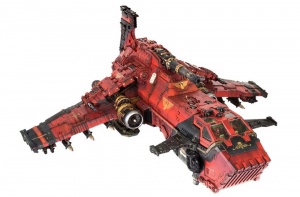