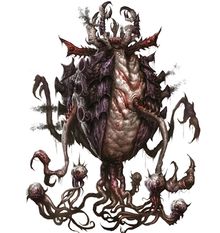 Tyrannocytes are a type of Tyranid transport organism.[1]

When a Tyranid Hive Fleet launches a planetary assault, Tyrannocytes serve as ship-to-surface transports. Though they appear to be merely spores, they are in fact creatures unto themselves, ejected from orbiting Hive Ships to slam into the planets surface. The impact of its landing causes its gravid belly to split, disgorging the host of Tyranids that dwell inside.[1]

Once it has delivered its passengers, the Tyrannocyte fills with gas and flies into the air, raining death upon the enemy with its five Deathspitters.[1] 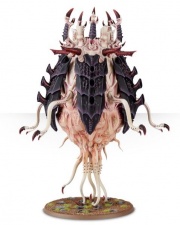