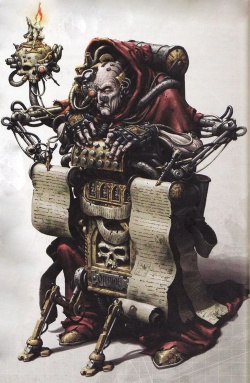 Articles that have not yet been added to the Lexicanum will be accumulated here.
This Chapter will help the humble adept to find out if there is information on the desired name in the Warhammer 40k background (and where does this information featured).
Note: Not in Alpabetical - in time-of-work order.