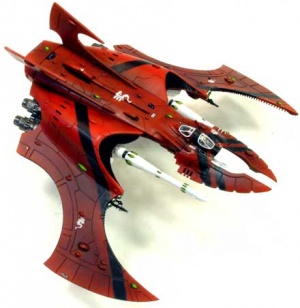 The Vampire Hunter is a super-heavy gunship and a variant of the Eldar Vampire Raider.

While sharing many of the same features, the Vampire Hunter sacrifices its transport capability in favour of heavier weapons, becoming a heavy ground attack bomber. Vampire Hunters are deployed on missions to engage and destroy specific targets such as enemy Titans, with each squadron protected by its own dedicated Nightwing escorts. These rare and specialised aircraft are only deployed for large-scale operations.[1][2][3][4] 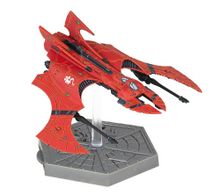