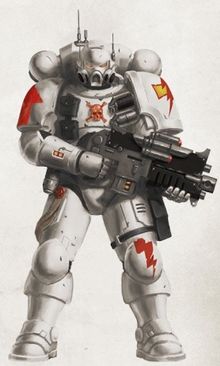 Infiltrators are a type of Primaris Space Marine Vanguard unit.[1]

Clad in Mk.X Phobos Armour[4b], Infiltrators are responsible for disrupting enemy communications and sabotaging targets of opportunity. Their back-mounted Omni-Scramblers intercept signals across a broad spectrum, scrambling frequencies and shutting down enemy communications. When the time comes for the Infiltrators to fight directly, they emerge from their hiding places under cover of smoke grenades and cut down their foes with disciplined volleys from their marksman Bolt Carbines. Infiltrators are drilled extensively in survival and self-sufficiency techniques due to the long lengths of time they spend behind enemy lines.[3] 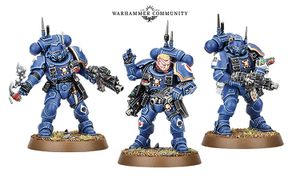