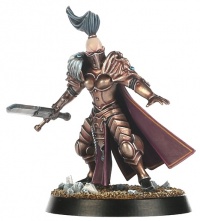 Vigilators are a type of warrior of the Sisters of Silence. These close-ranged specialists utilize enormous Executioner Greatblades and led by Vigilator Mistresses.[1][2]

Vigilators are the most experienced type of tactical formation used by the Silent Sisterhood. In battle they are used to identify and eliminate key enemy forces and command centers at close quarters. Outside of battle, Vigilators are often the chief overseer of a worlds Psyker Tithes for the League of Black Ships.[2] 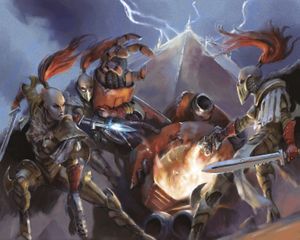