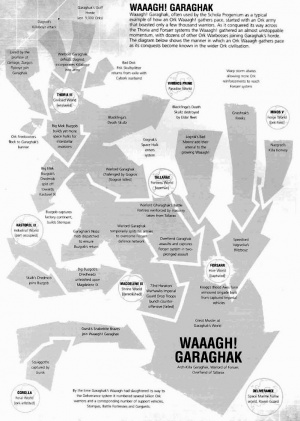 The progress of Waaagh! Garaghak[1] 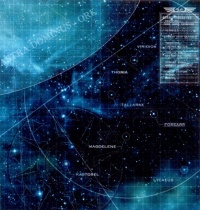 Map of the Forsarr Sector[2]

Waaagh Garaghak! is an infamous Ork Waaagh! that has all but captured the Imperial Forsarr Sector. It is often used by the Schola Progenium as a typical example of how a Waaagh! grows. Beginning as a small Goff warband, it now comprises numerous Ork Tribes and Warbands and many Ork leaders from various Clans, including the infamous Mek-Boss Buzzgob and Zhadsnark of Evil Sunz. It is currently believed to be capturing the last worlds in the sector and preparing to besiege the Raven Guard homeworld of Deliverance.[1][2]

The following is a list of major events during the campaign[2]: