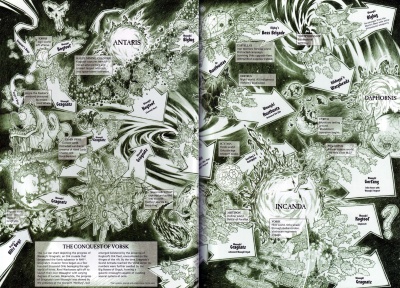 The progress of Waaagh! Gragnatz[1]

Waaagh! Gragnatz is an Ork Waaagh! that devastated the planets of Vorsk Subsector in M41. It began as a force of a few hundred Orks besieging the Agri World of Iornis and grew quickly as various Ork forces joined the fighting. Rival Warbosses split off to launch their own Waaaghs! with varying degrees of success and the progress of the Waaagh! was slowed by the presence of the warprift 'Hellfury', but emerged bolstered by the presence of Kogtoof's Ork fleet, encountered on the fringes of the rift. By the time Gragnatz's Grand Armada reached the Vorsk Sector its numbers were further swelled by the Big Bosses of Orguk, forming a galactic onslaught, capable of crushing several systems at once.[1]