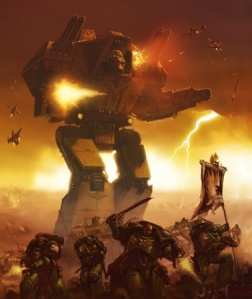 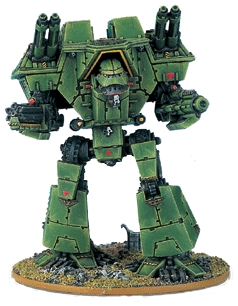 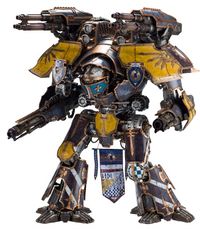 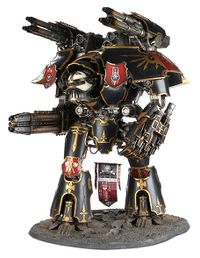 The Eclipse Class Titan is a lighter version of the more common Death Bringer. An Eclipse Warlord is deployed if more staying power is needed than a Reaver Class Titan can provide but a Death Bringer is not available or needed. They are typically armed with Volcano Cannons, Macro Gatling Blasters, and Apocalypse Missile Launchers.[6x] 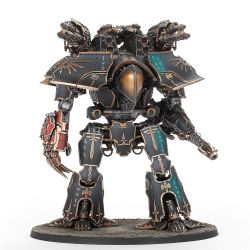 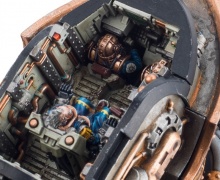 As with all Titans the Warlord has multi-configuration mounts which allow it to interchange weapons for specific situations, although different patterns of Warlords are factory-built with standard weapon configurations; most crews will also develop a specific style of combat and thus mount weapons appropriate for the role. The standard weapon configuration for a Mars-pattern Warlord are two Turbo-laser Destuctors in the carapace mounts with a Volcano Cannon and a Macro Gatling Blaster in the arm mounts.[9]

Its carapace and head can be mounted with the following:[1]

For light/point defense weaponry, it can be equipped with:[33]