The Water Caste (or Por) is one of the five Castes of Tau Society, based around diplomacy, bureaucracy, merchants, and law.[1a]

The Water Caste serve the Tau Empire as traders, merchants, public servants, bureaucrats, administrators, diplomats, and ambassadors. They interact with other races when such affairs are not handled by the Fire Caste, and often act as administrators of Tau worlds in the absence of an Ethereal governor. Like water, Water Caste bureaucrats fluidly move between other Castes and alien races incorporated within the Empire to make sure that it flows smoothly. The Water Caste are known for their great linguistic, diplomatic, and negotiation skills. Members of the Water Caste are often the ones who initiate first contact with new species encountered by the Empire, skillfully negotiating their union with the Tau.[1a] The members of the Water Caste has a gift for linguistics that has become more and more developed over time, so they able to learn alien languages with ease and show a remarkable ability to emulate and pick up subtlest of communication features.[3] 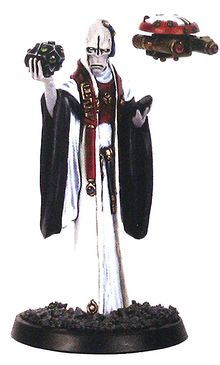 The Water Caste ranks from lowest to highest are:[4]

Notable Members of the Water Caste