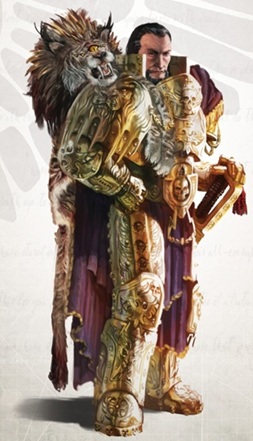 Solomon Tetrarchus is an Imperial Guard Lord General Militant and current commander of the Achilus Crusade.

Tetrarchus took the position when his predecessor, Lord Militant Achilus, was lost in the Warp after his Grand Cruiser's Gellar Fields malfunctioned. Though a capable commander and charismatic leader, as the Crusade experienced more and more difficulties, Tetrarchus has begun to exhibit signs of paranoia, insisting his ranks are full of 'traitors'.[1] He has also experienced friction with the Space Marine forces taking part in the Crusade, as they are not under his direct command.[2]