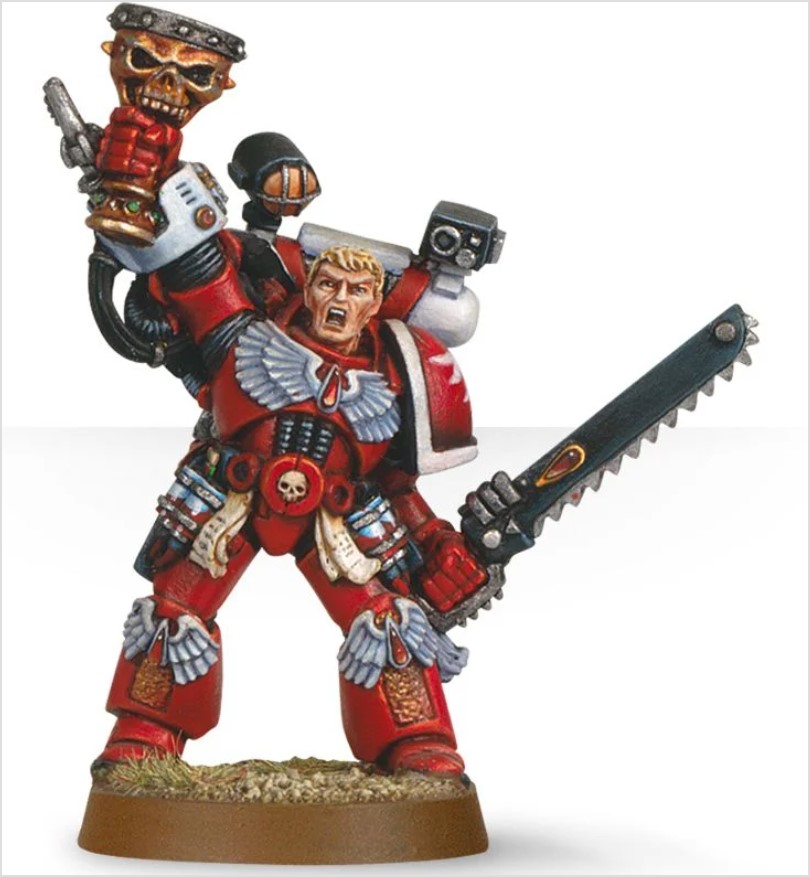 The Red Grail is said to hold the blood of Sanguinius and is part of a Blood Angels ritual where one of their Space Marines must drink this blood, to, so they say, become closer to their dead primarch. Once they have drunk from the Red Grail, they become a Sanguinary Priests, the most senior of which is named Corbulo.[1] It is from these priests that the blood is taken to be used in the rituals of transforming aspirants into Space Marines.

The Red Grail is often taken to the battlefield where it provides a source of great inspiration for the Blood Angels, it also incorporates a powerful force field generator to protect the bearer from attack.[2]