The Madness Within (Audio Book)

The Madness Within is an original audio drama written by Steve Lyons. It was published in August 2010 and performed by John Banks.

Desperate and isolated, Sergeant Estabann and Brother Cordoba of the Crimson Fists Space Marines are hunting the daemon that destroyed their battle-brothers. Their only hope remains with a Librarian on the edge of sanity, a potentially tainted Astartes who they are forced to trust. His psychic abilities can lead them to the daemon, where Estabann and Cordoba can avenge their brothers’ deaths. But is the greatest threat a foul denizen of the warp, or the power contained within a psyker's mind? 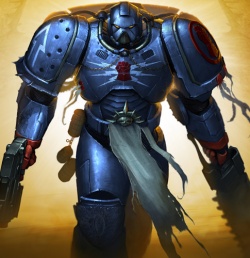