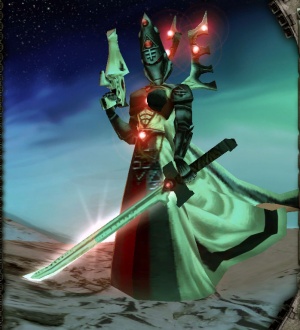 Caerys is a Farseer from Craftworld Ulthwé, and the leader of the Eldar forces in the Kaurava system. She is allegedly the successor of Farseer Taldeer. The Eldar are based in a site sacred to them, on Kaurava III, where they destroyed a manifestation of the C'tan god, the Deceiver, while defeating local Necron forces.

Of the warring factions in the Kaurava system, the Dark Eldar Archon Tahril considered Lord Firaeveus Carron and Farseer Caerys to be the least foolish of the other commanders. 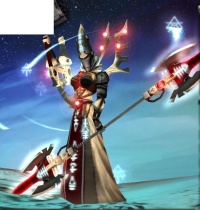