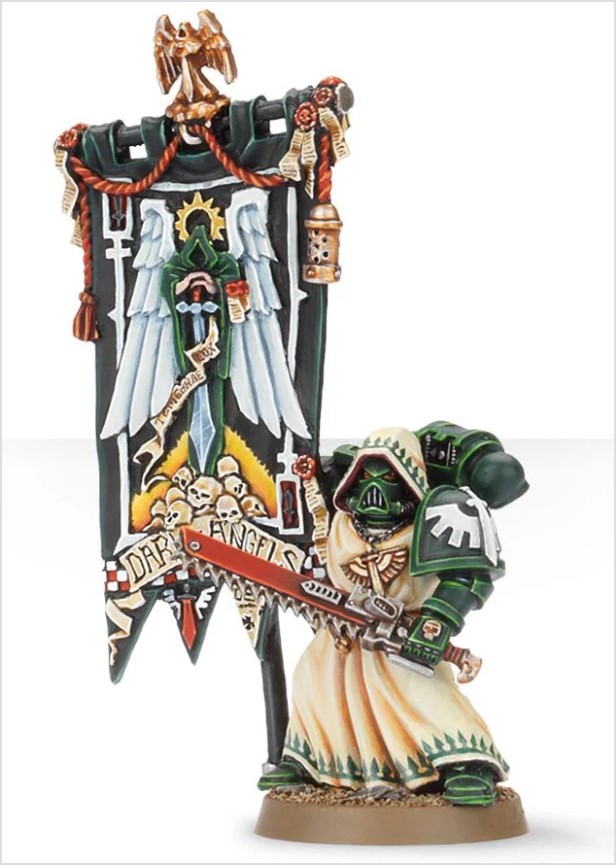 A Standard Bearer of the Dark Angels.

Standards are ceremonial objects of the Space Marine Chapters, bearing the symbol of the Chapter and marked with sacred motifs and the battle honours gained in past wars. They are revered as the embodiments of the honour and fighting spirit of the Companies and the Chapter. Standards are sometimes carried into battle.

Normally they are hung in the Reclusiam of the Chapter's fortress-monastery. Many of these standards are ancient, having been carried in battle by generations of Marines.[1]

The Chapter Banner is the physical manifestation of Chapter's honour. Marines accompanying the standard bearer will furiously prevent the banner from falling to the enemy. Chapter banners are a source of fierce pride for any chapter, taken into battle only when the Space Marine Chapter Master takes to the field, or when a large part of a chapter is deployed to battle. Chapter banners are said to be created on Holy Terra and given to a chapter upon its founding.

A Chapter Banner is carried into battle by a Chapter Ancient, typically part of an Honour Guard.[5]

Similar to the Chapter banner, the Company Standard represents the honour of a particular company and will bolster the morale abilities of nearby Space Marines.

A Company Standard is carried into battle by a Company Ancient, typically part of a Command Squad.[6]

The sacred standard embodies the faith and resolution of the Space Marines, bolstering the resolve of nearby Marines.

A Sacred Standard is carried by standard bearers within a Reclusiam squad.[7] 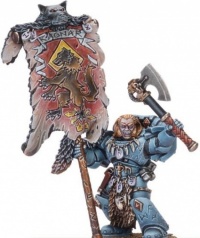