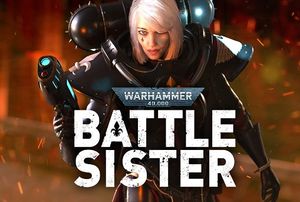 The war-torn world of Warhammer 40,000 brought into jaw-dropping, visceral reality for the first time in VR. Play as an unstoppable Battle Sister, wielding authentic, powerful weaponry & abilities. Be drawn into a gripping, action-filled story against forces of Chaos.[1]

Explore the Warhammer 40k universe like never before in VR.

Play as a Sister of Battle

Slow time, force push enemies or defend yourself with a protective barrier.

Unlimited freedom to crush your enemies in VR

Explore the rich 40k universe, lore & storytelling for the first time ever in VR