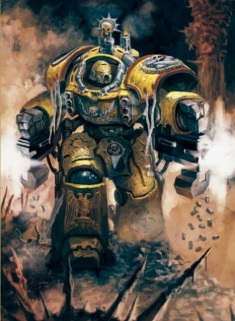 Space Marines are trained extensively to pilot Centurion troops, in particular to deal with a Devastator Centurions enormous weapons recoil and the complexities of using a siege drill under fire while operating an Assault Centurion. Only after a Space Marine has mastered operating tanks and aircraft will they be permitted to pilot a Centurion suit.[4]