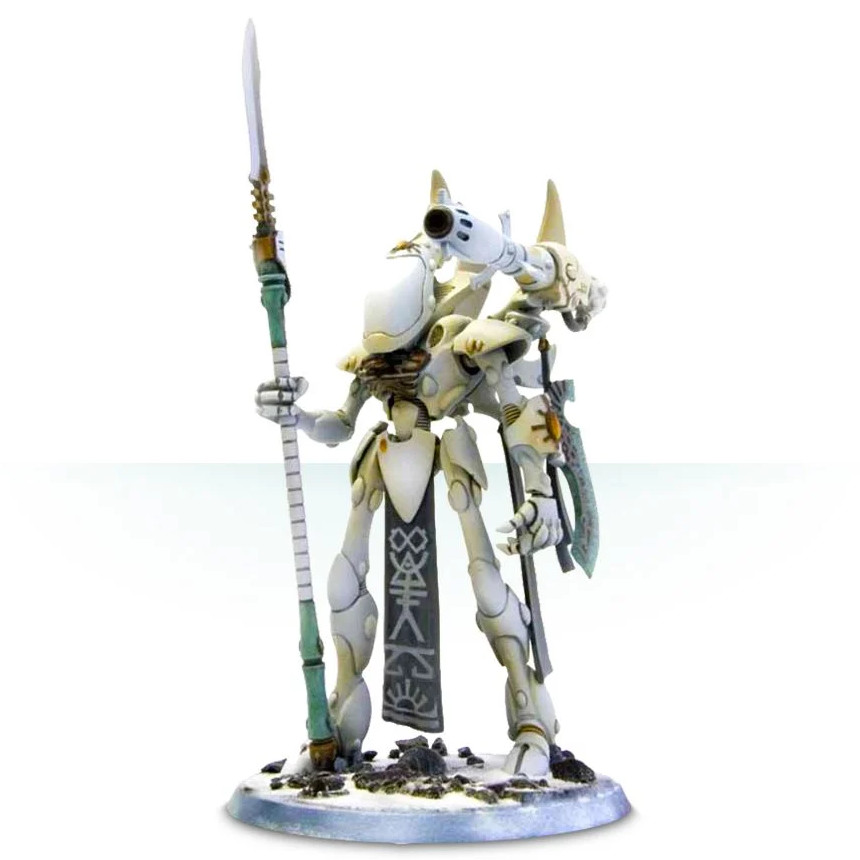 A Wraithseer is a unique and rare type of Eldar Ghost Warrior, a Wraithbone construct empowered by the soul of a deceased Eldar contained within a Spirit Stone.[1]

Unlike a Wraithguard or Wraithlord. a Wraithseer's matrix contains the mortal spirit of a Warlock, a powerful Eldar seer, who still retains many of their former powers and instincts for battle. These Wraithseers function in death as they did in life, leading at the head of a spirit host and wordlessly giving commands to the other constructs, able to perceive the world with greater clarity without the need for Spiritseers. While more common in ages past in the 41st Millennium very few Wraithseers still walk amongst the Craftworlds, and it is believed that the Spiritseers have lost the knowledge or skill to create new ones, making them very precious.[1]

For combat a Wraithseer is always equipped with a Wraithspear and Wraithshield, and may also arm themselves with a Bright Lance, Scatter Laser, Eldar Missile Launcher, Starcannon or D-Cannon. Their psyker abilities are also quite potent, allowing them to assist friend and hamper foe. Wraithseers have been known to cloud their enemies' minds with the terror of death, enliven the spirit stones of ghost warriors around them to inspire fresh vigour, and alter fate to protect themselves and their charges.[1]