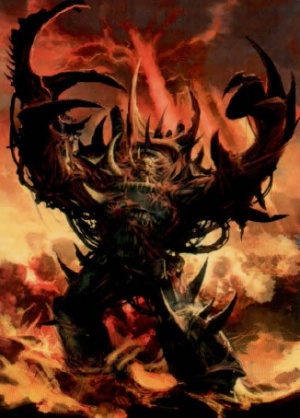 Mutilators are mutated Chaos Space Marine heavy infantry who specialize in close combat. Closely resembling Obliterators, they are originally believed to be Chaos Space Marine Terminators who specialized in close quarters fighting, but as with all who harbour an obsession within the Warp, they grew to become the incarnation of the murderous desires in their heart. Mutilators are fed up with the fickle nature of mankind and prefer the simple purity of killing with the blade. This led to their gradual fall to the forces of Chaos.[3]

Now mutated by the powers of Chaos, they have since bound themselves to the bloodthristy spirits of ancient weapons and dedicated themselves to the art of close slaughter. These spirits have psychic reflections in the Warp which make even the smallest scalpel a hungry killing machine capable of growing stronger with each foe it kills. An ancient or relic weapon may even have a limited sentience with a lust for battle that surpasses that of the wielder. Mutilators seek not only to commune with such war-spirits in their weapons but also absorb them, assimilating the Warp-spawned power into their own souls.[3]

Through summoning their weapon spirits, Mutilators are capable of spawning and morphing a variety of weapons such as Power Weapons, Lightning Claws, and Chainfists in the midst of combat.[1][2] 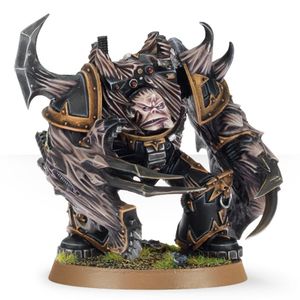