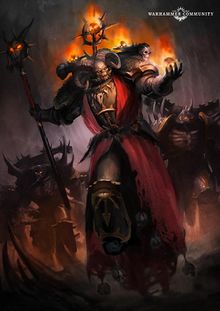 A Master of Possession

Master of Possessions are sinister Chaos Sorcerers, that are versed in the forbidden art of using hosts of living flesh to house daemonic spirits. They also possess an array of spells that aid Daemonic allies and corrupt their enemies.[1]

Among the Chaos Space Marines, Masters of Possession are viewed with a combination of awe and suspicion. Though they are prophet-like figures who often speak of when and where a great warp breach will take place, they speak in twisting riddles and are known to betray their own brethren if they interpret it as beneficial to the Ruinous Powers.[3] Amongst the Daemonkin, it is only the followers of Khorne that scorn the guidance of a Master of Possession. These blood-crazed killers are contemptuous of the arcane sorcery of the Masters of Possession.[2] 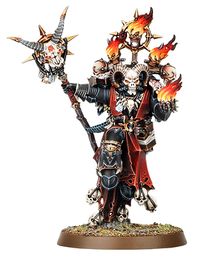