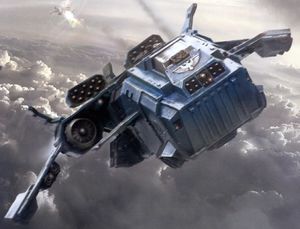 The Storm Eagle dates back to the Great Crusade, designed to be a smaller attack craft to compliment the larger Stormbirds and Thunderhawks.[2] The first Storm Birds were constructed on Terra, but primary production later transferred to Anvilus, Galatea, and Tigrus.[9] 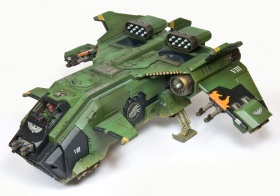 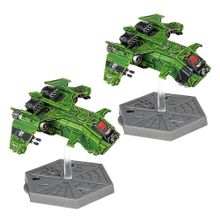